Change in the Executive Board of Delvag: Reiner Siebert hands over to Lorenz Hanelt 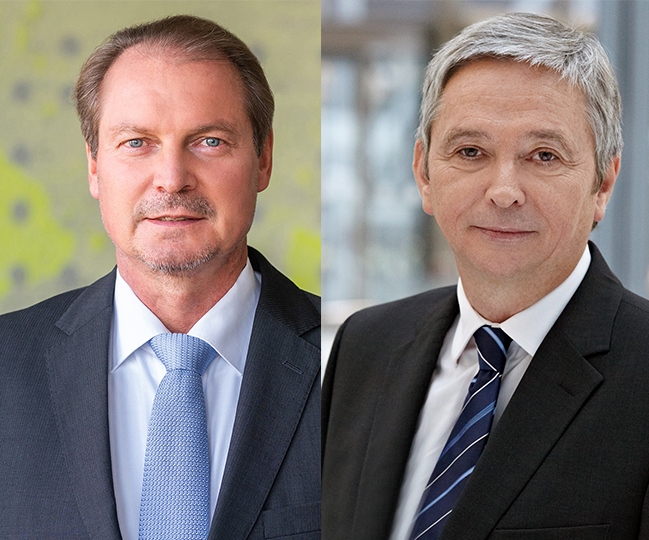 Together with Delvag Executive Board member Frank Hülsmann, Hanelt thus forms the top management team. In future he will be responsible for aviation and reinsurance, markets, sales and risk management.

“Reiner Siebert has played a key role in shaping the face of Delvag and the Lufthansa Group in the international insurance market for over a decade as a member of the Executive Board. He has expanded many business cooperations for the future by placing them on a sustainable basis based on partnership," says Dr. Roland Busch, Chairman of the Supervisory Board of Delvag Versicherungs-AG. "Lorenz Hanelt will ideally strengthen Delvag's Executive Board.  His extensive management experience in strategy, product development and sales are ideal prerequisites for this position," says Busch.

Lorenz Hanelt started his Delvag career in 2004 at the subsidiary Albatros Versicherungsdienste GmbH as Head of Company Pension Plans. Following several management positions, he was Managing Director of Albatros since 2012, focusing on the employee business. He will also continue to perform this function as a member of the Delvag Executive Board.

Reiner Siebert will retire after 11 years as a member of the Delvag Executive Board. The graduate engineer helped to shape the international course of the company and further strengthened the important role of Delvag and Albatros in the aviation insurance market.  He was particularly instrumental in driving forward the fleet business.  Previously, he worked as a project engineer and risk manager in various companies. At the same time, Siebert initiated and promoted the digitalization of Delvag and the development of online insurance solutions.